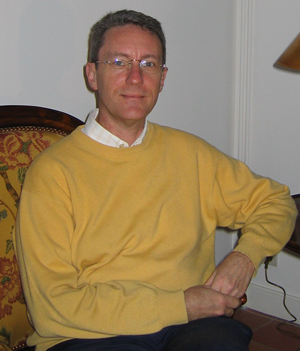 European countries have traditionally had a large number of active interpreters. Following this lead, the head of an international interpreters group expects Asia will see a dramatic increase in its number in the near future.

“I’m personally convinced the revolution in Asia is going to be a very important factor in the near future. The political and commercial links between Europe, America and Asia are developing very rapidly and we’ll certainly need more interpreters for these situations, so I’m sure that Asia is the growing market of the future,” said Benoit Kremer, president of the International Association of Conference Interpreters (AIIC).

Established in 1953, the AIIC is the only worldwide association of conference interpreters and currently has some 3,000 members in 263 cities across 95 countries. Its members offer interpretation in 48 different languages.

Kwak Jung-chul, a professor in the Graduate School of Interpretation & Translation at Hankuk University of Foreign Studies (HUFS), became the first Korean member of the association in 1989.

Kremer was elected in 2006 as its head and reelected this year for a three-year presidential term. He visited Korea for the first time to participate in celebrations for the 30th anniversary of HUFS, Korea’s first and largest interpretation school.

“Hopefully, more Koreans will join our Europe-based association as Asian languages become more important on the global scene,” Kremer said in an interview with The Korea Times, Friday. Those who have worked as a conference interpreter for more than 150 days can become members of the group through sponsorship by association members. Currently, 10 AIIC members are dealing with the Korean language and six of them are Korean nationals.

Mentioning HUFS as a “very good training institute,” the French leader said the interpretation and translation school at the university matches what the association expects of professional interpreters.

Kremer stressed that interpretation schools should nurture students who are knowledgeable in various subjects, so those who majored in subjects other than languages are especially desirable.

“You also need a theoretical background to understand what you’re doing, to understand why you are doing it and how to correct your mistakes. This needs very specific training and I believe that good schools do provide that,” he said.

Asked about what type of person makes a good interpreter, he said, “Bilingual people or people who have been exposed to other languages do not automatically become good interpreters. You need more than that.

“I think you need a high power of concentration, because when people are speaking, you have to understand and then repeat it in a different language, you can’t possibly be distracted and think of something else at the same time.”

He continued, “We do not do a job that is high-profile work, where suddenly something extraordinary happens. We just help people to understand each other, and this is something that takes place sort of in the background.”

Lastly, he vowed that his association will continue making their profession known and understood, and at the same time adapt to changes in the field that are unpredictable.

“We live in a world that is constantly changing. There are new challenges every day and many of these challenges do not depend on us. There are changes that are not that positive: for example, a major organization or corporation that suddenly decides to speak only English. Now they don’t need interpreters any longer, so you lose a job very rapidly, and it’s a bit complicated. And there’s nothing we can do there, we can’t oblige people to speak their native languages,” he said.

“But we can try and make people understand that simply speaking English is not always enough. We have a kind of slogan, ‘Global English is not enough for global business,’ which means that if you actually want to negotiate something detailed and understand what the author is aiming at, you not speaking in your native language and me not speaking in my native language don’t add up.

“That doesn’t make for good communication. If I can express all the nuances of what I know and you can understand me perfectly because we’ve got a good interpreter ― that makes quite a difference.”